Advent - Be Still and Know

Perhaps the most unusual film to be released last year was "Into Great Silence."

Some of the reviews described this film as: a transcendent experience, intoxicating, and breathtaking.

The movie explores the world of the Grande Chartreuse in the French Alps, where Carthusian monks have resided for centuries. The movie has no score, no speaking, and none of the usual things we would expect in a movie. Instead, this film invites us to immerse ourselves fully in the hush of monastic life.

It is a world of silence...

It reminds me of the psalmist who in Psalm 46 invites us to follow this exhortation from the Divine:

Be still and know that I am God.

This season invites us into silence. Yet when we venture outside - there is rarely any silence. Every public place we go to provides an onslaught of noises which barrage the senses. Many people have not experienced the joys or the delights of silence. Some are even afraid of it.

Take time to explore silence - perhaps in little morsels initially. Discover its wonders. It is truly, as the reviewers observed: a transcendent experience, intoxicating, and breathtaking. In the silence you will discover the wonder and great gift all monastics of all traditions throughout the centuries have known...

Be still and know that I am God. 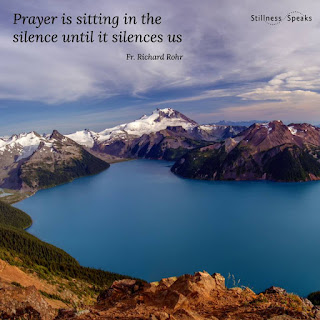 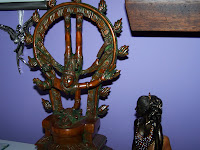