Showing posts from June, 2018
Show all

Relax! You Are Not in Charge! 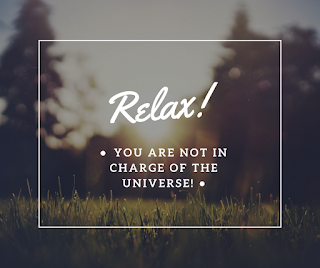 Do you ever feel like you need to change everything?

And that somehow, you are responsible for everything that happens? Whether it is good or back?

Stop and think about that for a moment...

I feel like this ALL the time. But guess what? You are NOT in charge of the Universe! And neither am I!

Sometimes I feel like I am responsible for all kinds of things - how my husband feels - or what decisions he makes - what choices other family members make - or their happiness.

And let's face it - it can be quite burdensome to take on all of these things.

When I taught theology many moons ago, I used to remind my students - when they got all stressed put and bent out of shape: One person took on all the sins of the world and well, we know how that turned out!

So, here's the thing. No one appointed you anything. No one put you in charge of the Universe! However, we are in charge of ourselves. Of our lives. Of the choices we make. Of what we embody. O…
Post a Comment
Read more

Go Where the Love Is 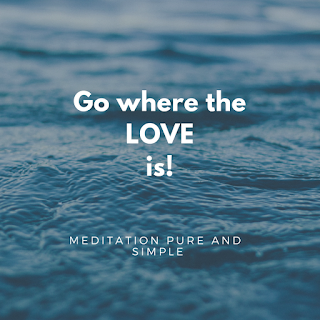 I go on my morning walk, and I receive this message:

"Go where the Love is."
It is a simple message. A powerful one. And one that is not easy to digest or heed.

That is not to say, we abandon all the issues and concerns that need our attention. For we must put love and care into each one of them.

It does not mean that we let go of trying to make our corner of the world a better place. For that is all we can do - one person and one action at a time.

It does not mean that we ignore the state of the world and what is happening all around us. We need to stay awake and aware of what is going on without drowning in all the controversy and information.

This simple dictate, as I interpreted, meant a lot to me on so many levels.

Often times we spend our time and energy on people and situations that do not nourish us. Or uplift us. Or support us. We might give and give - to the point of depletion while receiving very little in return. Or, there may be a sense of mutuality tha…
Post a Comment
Read more 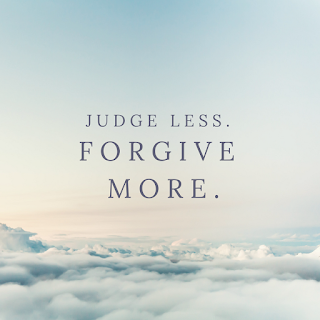 Here is a difficult assignment.

It is the one that I was given.

Recently, I found myself very upset by the state of the world. I ventured out into the fray and posted some articles of current events, which I don't often do. After all, it often invites vitriol and invectives of some sort.

I could not keep silent.

And, I was insulted.

Bear in mind, that I am the daughter, granddaughter, niece, and cousin to former and current diplomats. I was taught the arts of compromise, consensus, and behaving politely. And the rest I absorbed through osmosis and simple modeling.

But that is not the world we live in today.

People who don't know you will insult you in a way they would never do face to face. That is one of the real failures of social media: It empowers people to hurl insults behind a screen.

I could be angry. And hurt. And indeed I was - at what was happening in our culture and all over the planet - and the lack of civility and inabilit…
Post a Comment
Read more 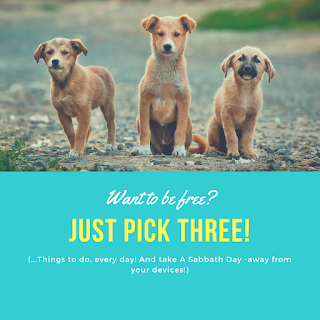 Do you feel that your life is too busy? And out of control? That there is just too much to do and you hardly make a dent on your "To Do" list?

I have felt that way.

Recently I noticed that I was really stressed out. More so than usual and especially when I got up in the morning and started thinking of all I had to do. I tried to get ahead of myself by working a lot during the day and shutting down my computer at 11 pm sometimes.

That is really no way to live.

So I came up with another plan.

I was out on a walk early one morning and then it came to me. What if I just wrote down 3 to 4 things I wanted to get done in one day and just focused on that, rather than a LONG list of stuff I may or might not get to throughout the week?

And what if I let unfinished projects wait until the following Monday instead of working on them sporadically throughout the weekend?

What if I simply demanded less of myself and instead gave myself the gift of time?

It seemed quite sensible. 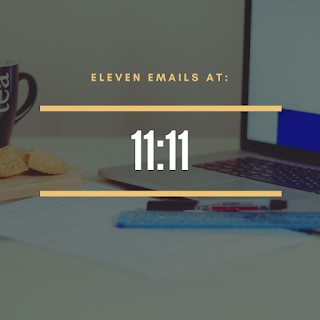 Sometimes the Universe tries to send you a message, and sometimes you get it, or you don't.

If you don't, the Universe just sends it again!

On June 11th, which fell on Monday earlier this week, I was working on my iPad. I went to check my email and I noticed there were 11 new emails in my in box after I had cleared out about 30 of them. Then, I casually glanced at the time...

Hmm. Well. "That was interesting!" I thought to myself.

Over the years I have often seen this sequence of numbers.

Then on Wednesday, I casually noticed 11 new emails in my in box once again. I happened to glance at the time, and there it was:

Okay. NOW the Universe REALLY had my attention!

This combination of number can mean a lot of things. It can be a message from your guides - from your angels - from loved ones that have passed on. Its their way of tapping you on the shoulder, squeezing you in a hug, and letting you know that you are not alone. You are never alone! And that…
Post a Comment
Read more

What Are You Feeding? 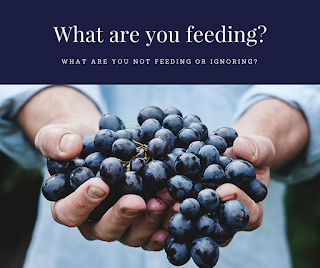 What are you feeding? What are you not feeding or ignoring?
I had a crazy dream last week.

I had a baby alligator in my bathroom, and I could not remember the last time I fed it.

I shared this story in yoga class the next day, and a friend who has done a lot of dreamwork asked me, "What are you not feeding?"

This is actually a recurring theme I've had in many dreams over the years. Sometimes the protagonist is a baby or a dog, or cat, or a pet of some sort. But the framework is always the same. I am away on a trip or unexpectedly held up for hours or days or more, and I come back, fearful that the being in question will have starved. You get the gist. Not a very pretty picture to say the least.

This dream got me thinking a lot.

And I don't mean in the literal sense of the word. 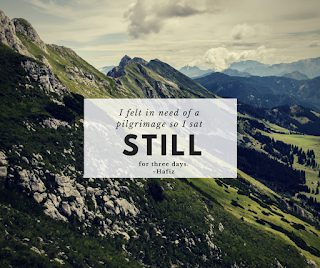 "I felt in need of a pilgrimage, so I sat STILL for three days." ~ Hafiz
The Persian poet Hafiz knew a thing or too, and even back in the 14th century, things were not that different than they are today.

There was just too much to do and take care of.

People had serious burdens and none of the comforts we take for granted these days. Like running hot water. Or health care - for the most part!

If Hafiz were around today, he would say to us:

I woke up feeling anxious and overwhelmed and went for a walk. It's what I do most mornings anyway. It grants me a clarity of heart and spirit that is food for my soul. It is also an opportunity for my intuition to provide the insights I need for course corrections in my life and for creative endeavors as well.

My walk is a meditation. But more than that, it is a sacred pause. It acts as a reset button. 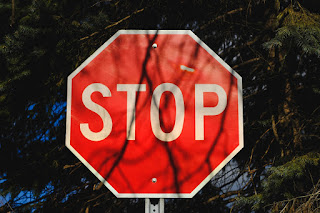 Life gets in the way.

WE get frazzled. And overwhelmed.

But all we have to do when we are feeling that way, is to simply STOP! Yes, stop!

Stop whatever we are doing. And just breathe!

I once read, that the Buddhist monk Thich Nhat Hanh recommended that every time we came to a Stop sign, to see it as an invitation to become more mindful and to breathe, rather than perceiving it as a nuisance.

And when you think of it, everything is about perception. We see things as WE are. So teaches the Talmud.

So today, as you go about your day - running errands - or on your way to and from work - remember to

And ENJOY the moment!

We can never know how many of them we have left, so let's not take life for granted!

Just breathe and enjoy THIS moment - for THIS IS the only moment you have, whether you are on your computer, your phone, or simply spinning your wheels and running around!